Why I Dislike The Stupid Adam Bouska NoH8 Campaign 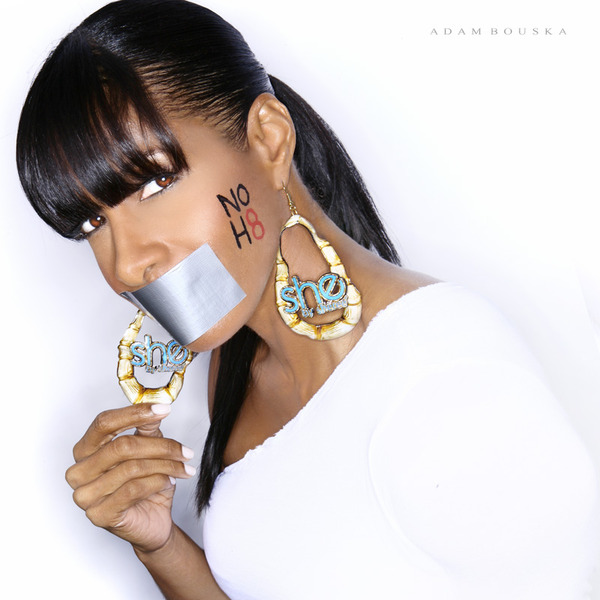 I’m soooo over folks taking those ineffective Adam Bouska NoH8 pics. They are overly edited, saturated with heavy lights and more about the vanity of the subjects which speaks louder than the eyeliner scribbled on their airbrushed cheeks. If you support marriage equality and want to convince others of the same, is the viable solution to have your photograph taken? These pictures don’t reach the people who need to be converted, they only get attention from celebrities who love any trend and gays for the very same reason. It does not change the minds of Evangelicals (which is the point right?). How much of the proceeds from the pictures go to marriage equality? Why is Adam’s watermark soooo prominent in the pictures? Seems like a pyramid of promotion…promote Adam’s skills, promote the celebs who agree to pose for free and lastly,a little promotion for marriage equality. I seriously doubt that the majority of blacks who voted for prop 8 in California are positively affected by a picture of Perez Hilton’s not so subtle advertising of his website in a pro marriage equality picture. On that same token, the types of people who are against gays marrying each other are the very same people who despise libreal celebrities who think they are more evolved than the average person in middle America & the Southern states, by constantly telling them what to think & how to vote as if Hollywood knows best. I also don’t think Adam Bouska is terribly original, in 2004 Aldo (shoe store) had an AIDS awareness ad campaign that featurde celebrities in white tee shirts with duct taped mouths. What exactly is Adam trying to say in his pictures, that proponents of marriage equality don’t have a voice in this debate? I would challenge that by saying that we do have a voice, we just didn’t mobilize and get the message out to the right people… like this stupid NoH8 campaign, we keep preaching to the choir instead of stepping outside of our microcosm to reach out and teach those who need to be enlightened. That is not the same as being silent or having your voice taken away.

Perez Hilton on a laptop with his website clearly visible... Cross promote much?

Also, if you have ever followed Adam Bouska on Twitter you would witness how he practically hounds celebrities to get them to pose. He phrases his offers to them in ways that suggests they are homophobic if they don’t participate. It’s that kind of overly aggressive gay activism that turns some people off. I call it the Dan Choi effect, Lt. Dan Choi had the support of sooo many when he 1st stepped onto the public scene, but after several months he became a nuisance due to his exhaustive carnival barking as a stupid, self-important, attention whore who will do ANYTHING for some camera time. In the midst of an economy on decline, he was trying to fight for something that, quite frankly, is not a fucking priority at this time (excluding the repeal of DADT). Let’s get the unemployed back to work, let’s get this debt paid down, let’s end these 2 wars and then we can get back to social issues. Dan seems to forget that Unlike the civil rights era, this battle can be delayed until the nation is on more stable ground. He actually said he wouldn’t vote for Obama in the next election as if the republican alternative will do a better job of fighting for gay rights. Does he not know that Obama is battling a Conservative House of Representatives and disproportionally Conservative State Legislatures (Wisconsin, Michigan, Florida, Ohio, etc.) who are hell bent on preventing Obama from doing anything but fail?…. I’m getting off point.

There’s something that rubs me the wrong way about a serious issue being turned into a cause célèbre.

This entry was posted on Monday, August 8th, 2011 at 7:23 PM and is filed under Random Rants and tagged with Adam Bouska, Aldo Shoes, bullshit, Dan Choi idiot, NoH8, Perez Hilton, Sheree Whitfield. You can follow any responses to this entry through the RSS 2.0 feed. You can leave a response, or trackback from your own site.