“What do you call a black doctor in a hospital? A nigger!” 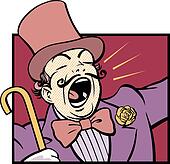 I think it’s pretty sad that no matter how much you achieve as a black man in the US, you will always be reduced to proving your worth because of the color of your skin.

In case you missed MSNBC’s ‘Last Word with Lawrence O’Donnell last night, he addressed Donald trump’s buffoonery and bullshit media stunts aimed at promoting his fake reality tv show. O’Donnell also took NBC’s Entertainment Division to task for not stepping in and ending Trump’s charade, which they could easily do by announcing they have already renewed his tv show for another season and that he has already signed the contracts. That indeed would put an end to this sham. They have already confirmed the contract renewals with 30 Rock, Community & Parks & Recreation; there’s no reason for them to hold out on the news of Trump’s fake reality tv show, except for wanting to let the fever pitch build because it translates into ratings and sadly, after the end of Seinfield, Friends & Will & Grace, NBC is just that desperate for viewers… Remember that when tuning in to watch Nene’s moose sized ass running around New York City calling Latoya Jackson, Casper the clueless ghost.

This entry was posted on Thursday, April 28th, 2011 at 8:10 AM and is filed under Random Rants, Random Videos and tagged with birthers, Donald Trump, Last word, Lawrence O'donnell, MSNBC, NBC. You can follow any responses to this entry through the RSS 2.0 feed. Both comments and pings are currently closed.